I thought you might like to see all my books in one place, along with a blurb. If you want one, just click on the picture and that will take you to Amazon. If you want a signed print copy, click here and request the book you desire. Signed print copies are $15, with $4 for shipping. 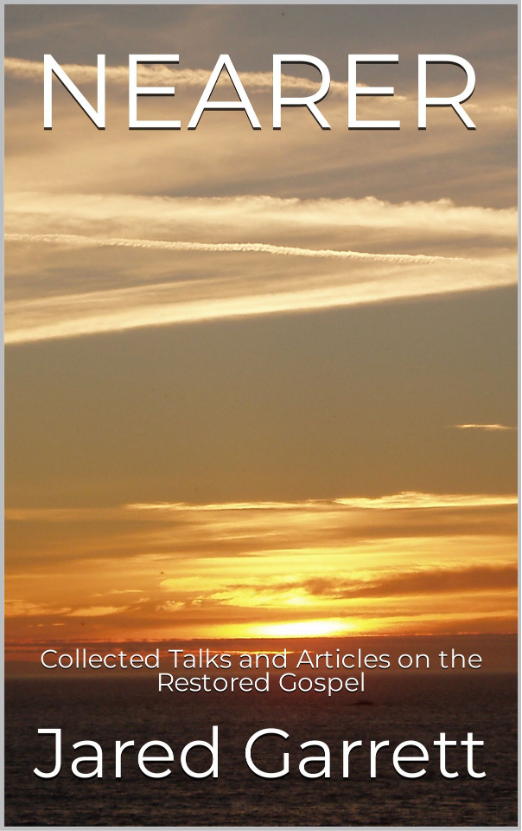 Most recently, I published a compilation of religious, Christian articles and talks/sermons. This is volume one of a series of three to five volumes I’m planning. The pieces’ topics range from Mother’s Day to being refined through struggle and from Easter to focusing on the Savior Jesus Christ. 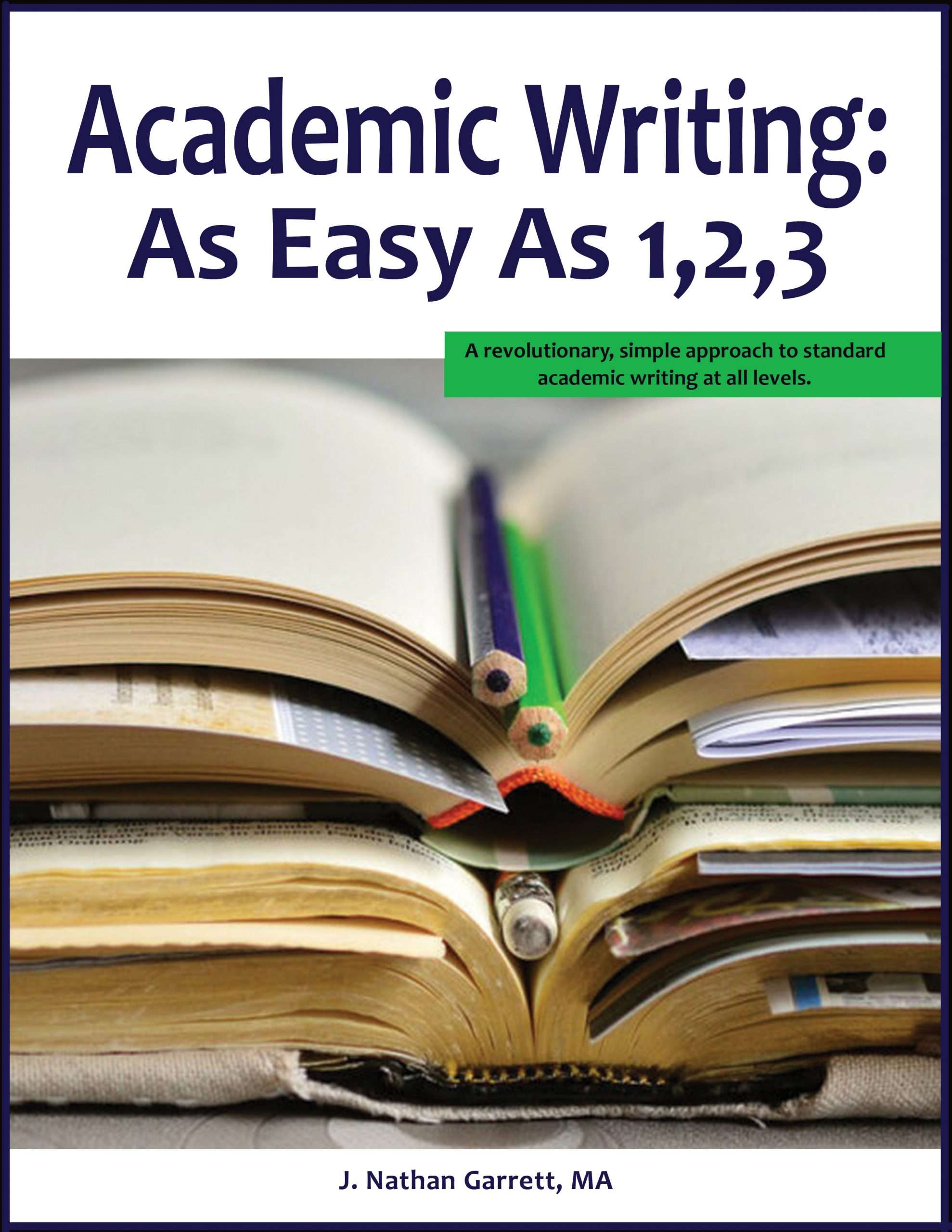 Academic writing, to many, seems like an impossible task. There are rules and structure conventions to follow that sometimes seem as hard to decode as, well, a code.

But it doesn’t need to be this way.

In this groundbreaking, super user-friendly workbook, I take students and writers of all ages, levels, and abilities by the hand and lead them on a step by step process of writing an excellent academic essay. You’ll understand and be able to use five-paragraph format, including thesis statements and topic sentences and hooks. You’ll also have a greater ability to brainstorm and organize your thoughts so your next essay gets high marks.

This is a complete, two-book contemporary fiction series that is very much inspired by my life growing up in a Scientology-style cult until I got out at 17 – as well as how life was when I got out. Similar in tone and sweetness to Bridge to Terabithia, but not quite as sad. Very similar to books like The Fault in Our Stars (but with better writing and less manipulation), All the Bright Places, The Astonishing Color of After, Wonder, and The Impossible Knife of Memory. 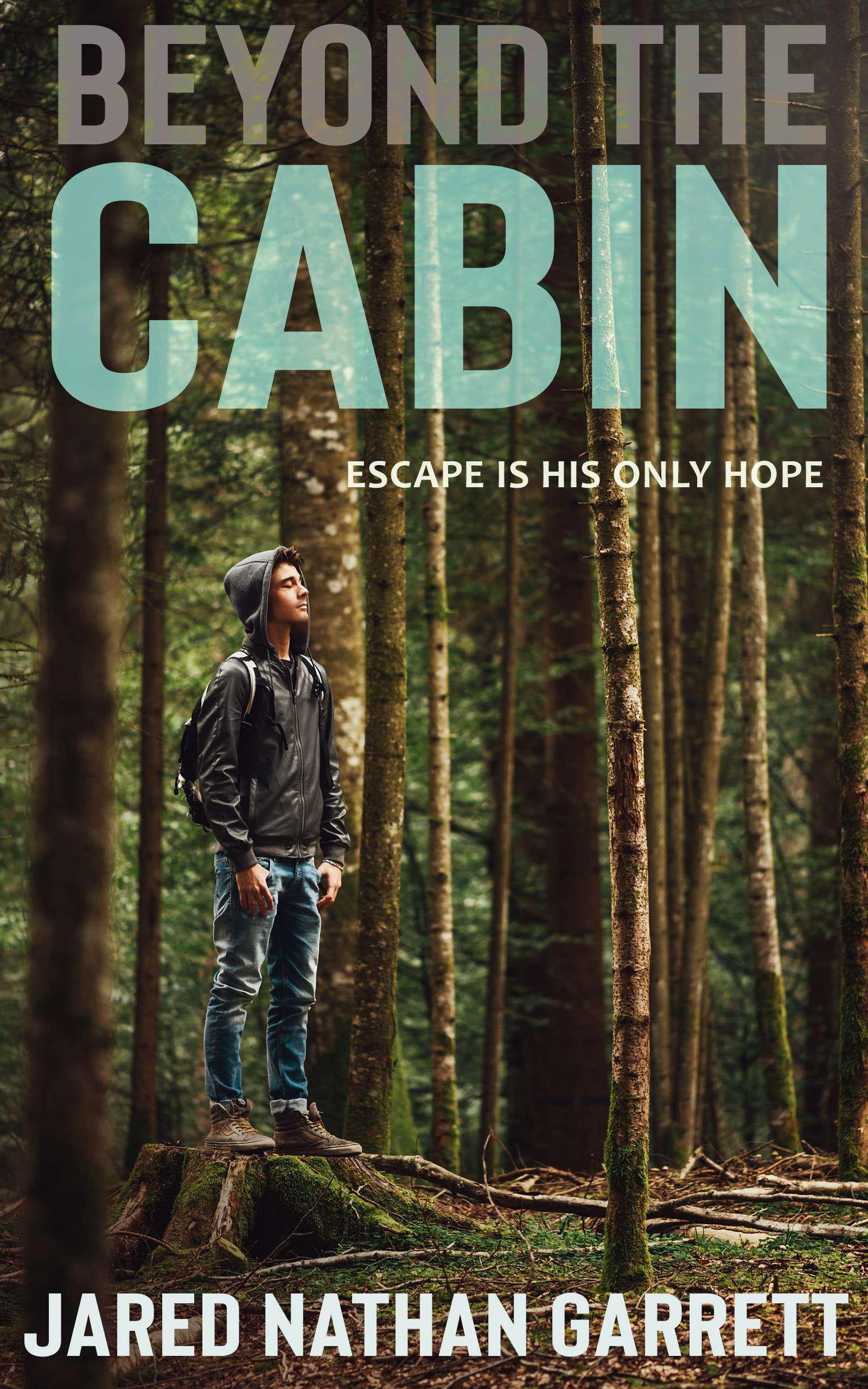 First, is my novelization of my childhood in a Scientology splinter cult. Good for a solid ugly cry, this is a clean, uplifting, but at times very serious coming of age story. Appropriate for kids from eleven years up.

Born into a controlling, abusive cult and betrayed by those he trusted, Josh hungers for freedom from the Fundamental Faith in God. After his first escape attempt fails, Josh takes even more solace in a rustic cabin he and his oldest brother made, finding peace in isolation. After unspeakable tragedy strikes, Josh flounders for hope and anything that will soften the grief threatening to destroy him. Determined to escape the cult that offers only heartbreak and loneliness, he’s stunned by an unexpected connection with one of the other kids in the cult orphanage. That doesn’t stop him and he continues to prepare for a final escape. But when the other kids in the cult need him to protect them and be part of their family, is Josh betraying them by trying to get away? 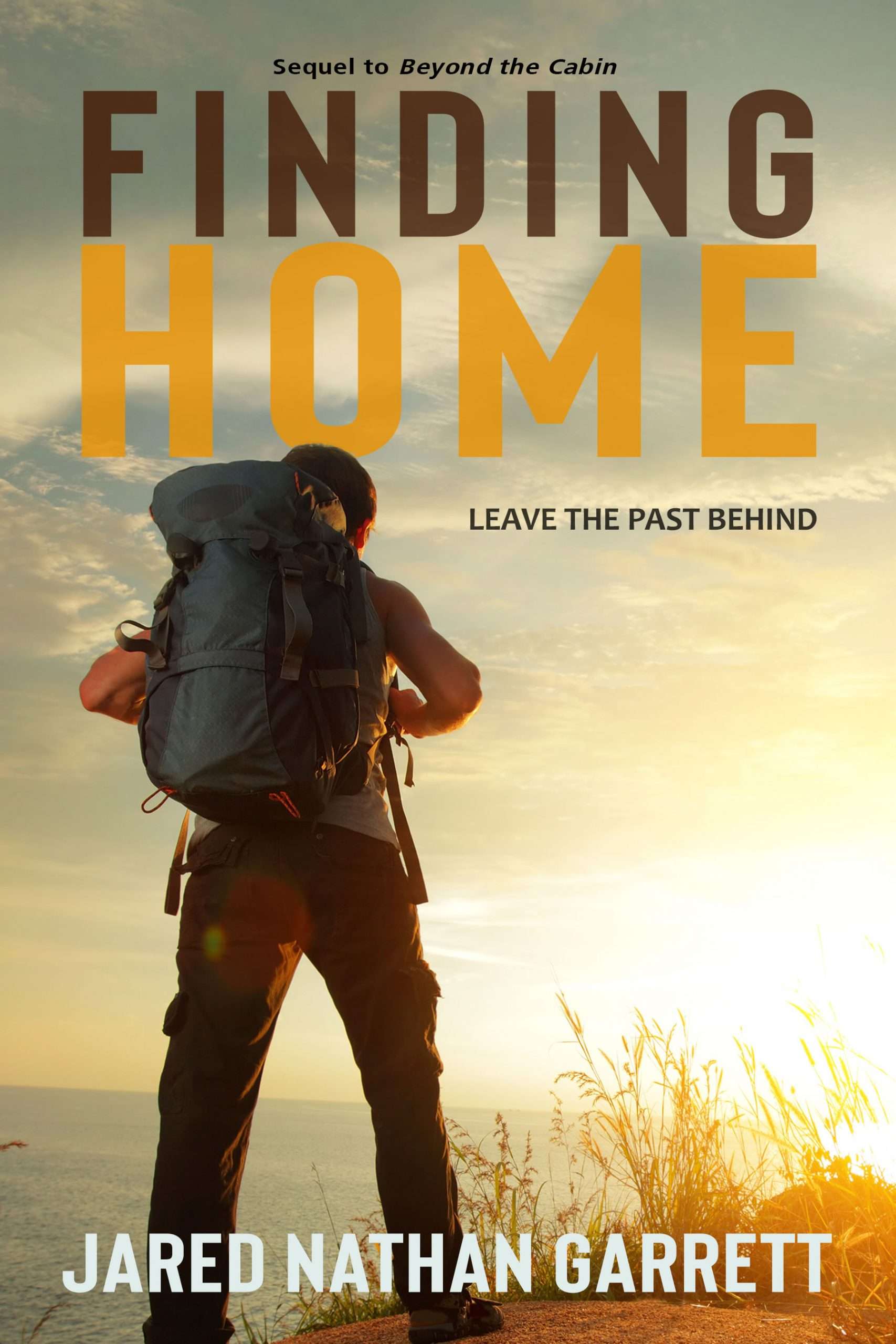 This is the follow-up to Beyond the Cabin, and takes place three years after the first book. Still inspired in many ways by my life. Still good for an ugly cry or two – this time with some very sweet romance. Appropriate for kids from eleven years up.

Three years after he chose not to escape, Joshua Kerr remains in the Fundamental Faith in God, doing his best to protect the other kids being abused in the cult. Of course, he also chose to stay with Mary, the girl who opened his eyes to becoming a defender of the littles.

For three long years, Josh and Mary have followed their simple plan: stay and protect the little ones until Mary is eighteen. Then Josh and Mary will leave and make a new life—while also finding a way to make life better for those kids who can’t escape yet.

When a family member Mary never knew about shows up, everything is upended. Mary is taken away with no chance for contact. With nothing left to lose, Josh must finally stand up and defy the cult and break free.

He will find Mary. Even if he has to cross an entire country he knows little of, Josh will find the girl he loves. 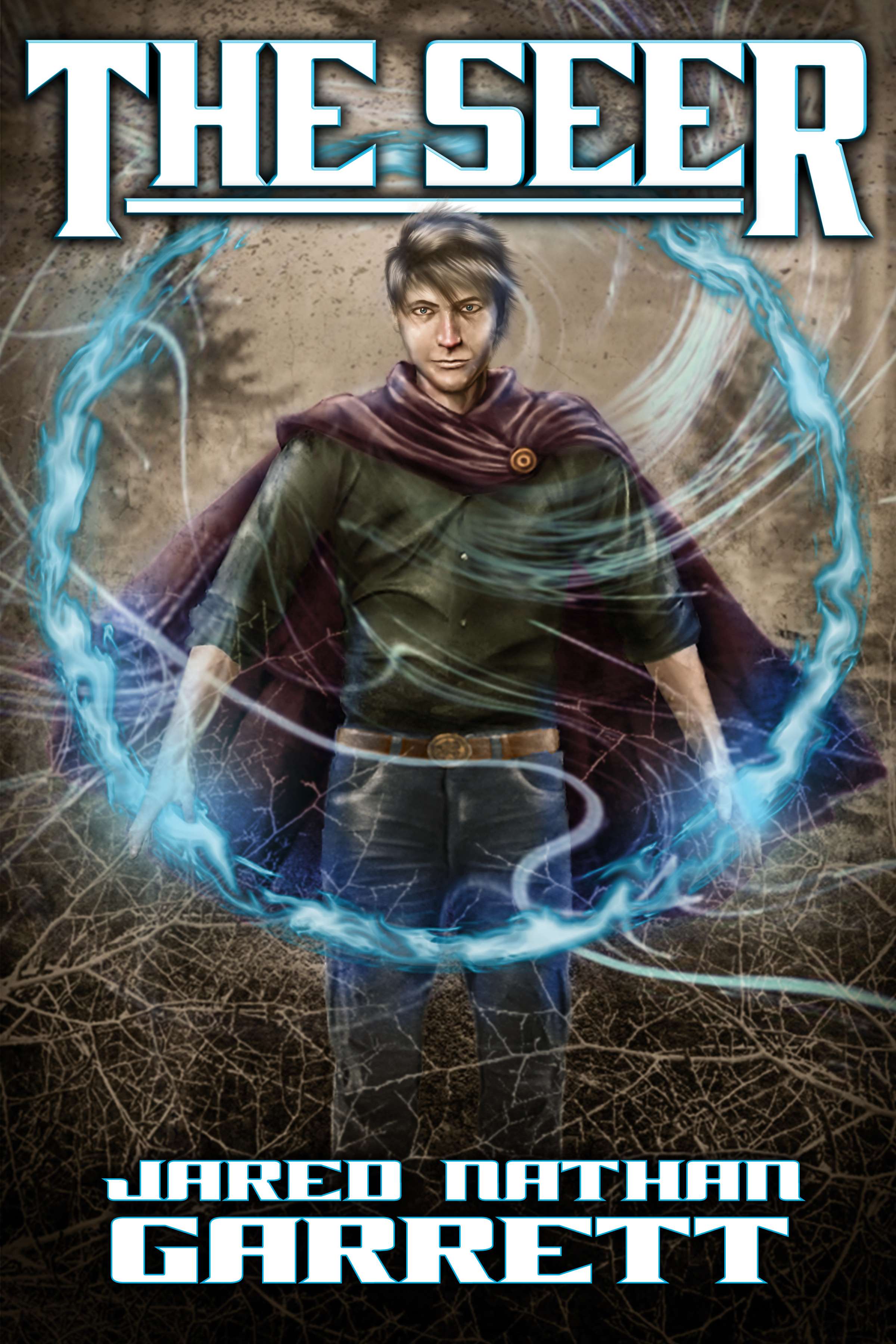 This is my entry in a fun, fast-paced, multi-author series called The Thirty Six. Other authors are Daron Fraley and Gregg Luke.

On a dig in an Egyptian tomb, graduate intern Nathan Eckhoff finds the ancient cloak of Joseph, the dream interpreter who became the Grand Vizier of all Egypt. Yes, that Joseph, the one sold by his brothers to slavers, who rose from grim servitude to the most trusted position in the Pharaoh’s kingdom.Upon donning the ancient, extraordinary cloak, visions and perceptions assault Nathan- insights into the hearts of the people around him. At the same time, a mysterious being of strange power enters Nathan’s life with words and warnings that terrify Nathan.Now Nathan must decide, is he the fulfillment of the prophecy of the Lamed Vovniks, also known as the Thirty-Six righteous people upon whom the fate of the world rests? Or is he just a young man who has to stop a murderer corrupted by a cursed relic of ancient power?Nathan had better find the answers soon, before the assassin on his heels catches him, or a cursed madman kills thousands of innocents. But will he be fast enough to rescue the love of his life? 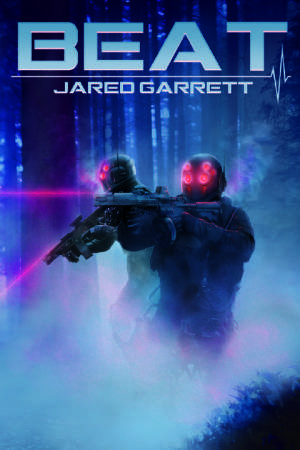 A hundred years ago the Bug wiped out over ninety percent of humanity and even now it kills anyone whose heart rate goes over 140 beats per minute. That’s why the Prime Administrator gave everyone the Papas – digital wrist monitors that put people to sleep when their heart rate gets too high. The Papas saved humankind. But one night on the border of New Frisko, when fifteen-year-old Nik Granjer tampers with his Papa and discovers there is more to the Bug than he thought, a brutal enforcement squad from the city suddenly forces Nik into hiding. On the run and searching for allies, Nik’s only hope is to escape with his life and discover the truth about the Prime Administrator’s regime and the origins of the Bug.

The stunning sequel to Beat.

Two months after the attack on New Frisko, Nik Granger and the other survivors believe themselves hidden from the tyrannical rule of Prime Administrator Adam Holland. Until one day when Nik returns to camp to discover they weren’t safe at all. Holland and his have killed or captured most of the survivors—including Nik’s parents.

Nik and a few friends barely escape with their lives and must race to stop Holland before he murders the rest of their friends and family. As they travel through what’s left of America, Nik, Pol Melisa face danger at every turn, including who will stop at nothing to carry out Holland’s sadistic orders. With the world against them, can they make it in time to save what’s left of humanity? And when it comes to it, will Nik have what it takes to destroy Holland once and for all?

The Guide and the Sword Series

As of May 31, 2019, this is my first complete trilogy! Inspired by Last of the Mohicans, the animated TV show Avatar: The Last Airbender, Die Hard, and Mayan and Aztec lore, it’s non-stop fun. 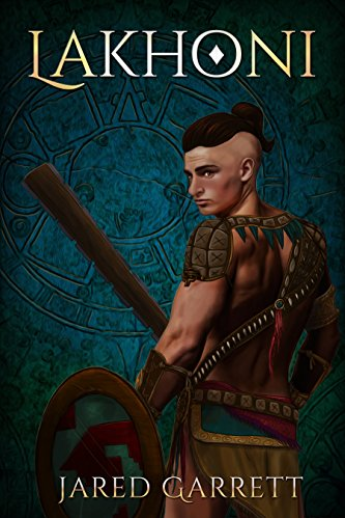 When the King’s guards attack Lakhoni’s village and slaughter his people, he regains consciousness to find his sister, Alronna, has been taken captive. First, he will do the Dance of the Flame, then he will rain justice upon those who have brought this evil.

Armed with only a bow, Lakhoni must traverse a brutal wilderness, face deadly warriors, and battle legendary tattooed assassins, all in order to save Alronna’s life. But along the way, he discovers his parents were not the simple villagers they seemed. Instead, they were hiding a great secret that goes back to the First Fathers.

Lakhoni sets out to avenge his parents and free Alronna, but he isn’t the only one who wants the king dead. Ancient enemies are poised to strike while traitors poison the kingdom from within. The life of the king and the fate of the kingdom hang in the balance. And Lakhoni’s blade can free his sister – or destroy an entire civilization. 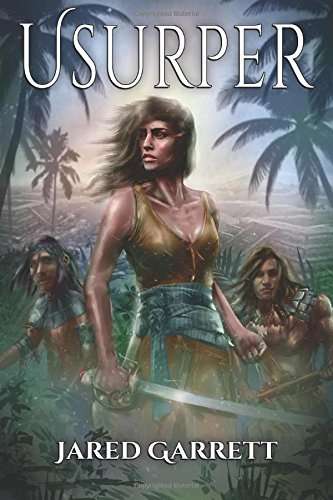 Battered, broken, and branded a traitor to his people, Lakhoni races after Molgar, the treacherous snake who seeks to rule through murder. Together with Alronna and Ree, they battle through arcane caverns, vicious warriors, and mortal injury to catch up to Molgar, who knows the hiding place of the last ancient Relic of power. And if Molgar secures the Sword while he possesses the Guide, his reign will corrupt two nations.

At the same time, Simra, betrayed and abandoned, seeks a place she can make a difference, a place apart from her lonely search for the boy she thought she loved. Her loyalty and compassion take her on a path that could change the destiny of the known world.

As the journeys of Lakhoni, Simra, and Molgar converge, an ultimate showdown looms. But when the time comes to end the conflict once and for all, Lakhoni will have to decide if he can ally with his nation’s most ancient enemy to stop an even greater evil. If they fail, the entire continent will run with the blood of innocents. 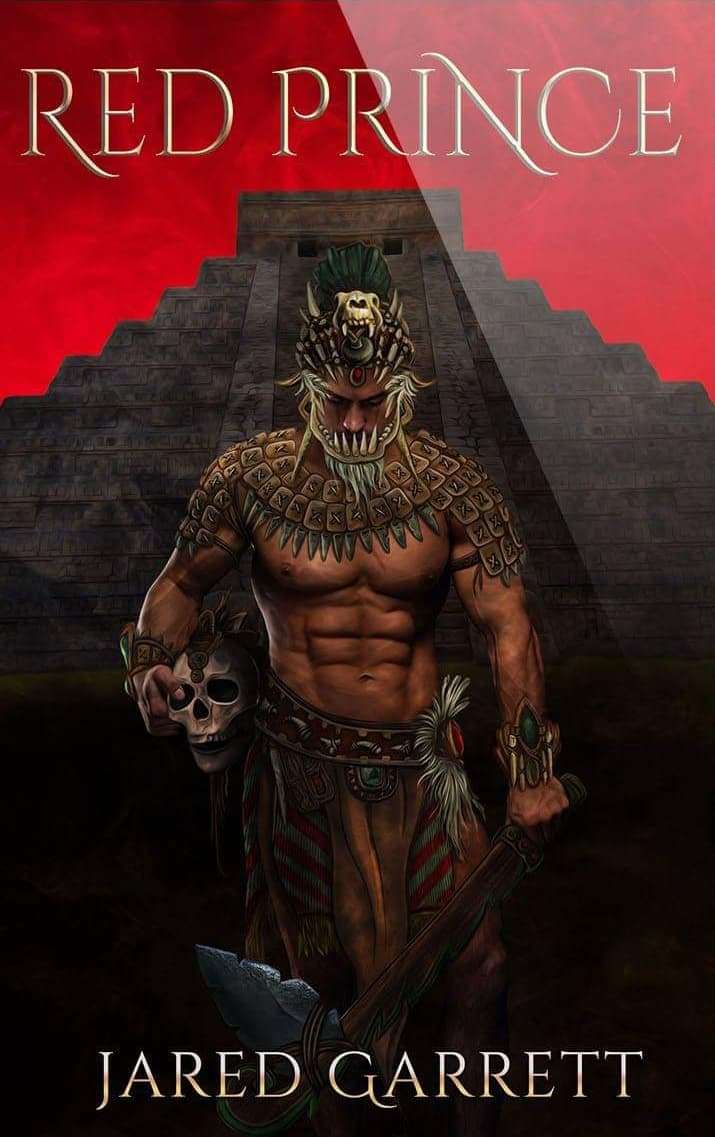 Lakhoni and his family are in search of a home away from the blood, evil, and memories of Molgar and his plans to rule two nations. Alronna’s dreams are leading them north, to a land of abundance and peace.

But when they come upon a slaughtered village, the chase begins anew. Gadnar, Molgar’s, powerful brother, escaped the showdown at the end of Usurper and is laying waste to the land, spilling blood wherever he goes. He seeks the final ancient Relic, certain it will give him power over the land.

Setting aside their quest for peace, Lakhoni, Alronna, Simra, and their companions track Gadnar, determined to end his reign of terror. But as his wicked power becomes clear, they will have to face down an evil as ancient as creation. If they fail, monsters beyond imagination will enshroud the land, putting all the people under thrall. But to succeed, they will have to pay the ultimate sacrifice.

Red Prince is the conclusion to the Guide and the Sword trilogy. Set in an alternate world with a fantastical twist on Meso-American history, it drinks deep from the wellspring of American fiction to deliver a swashbuckling adventure in the tradition of Edgar Rice Burroughs.